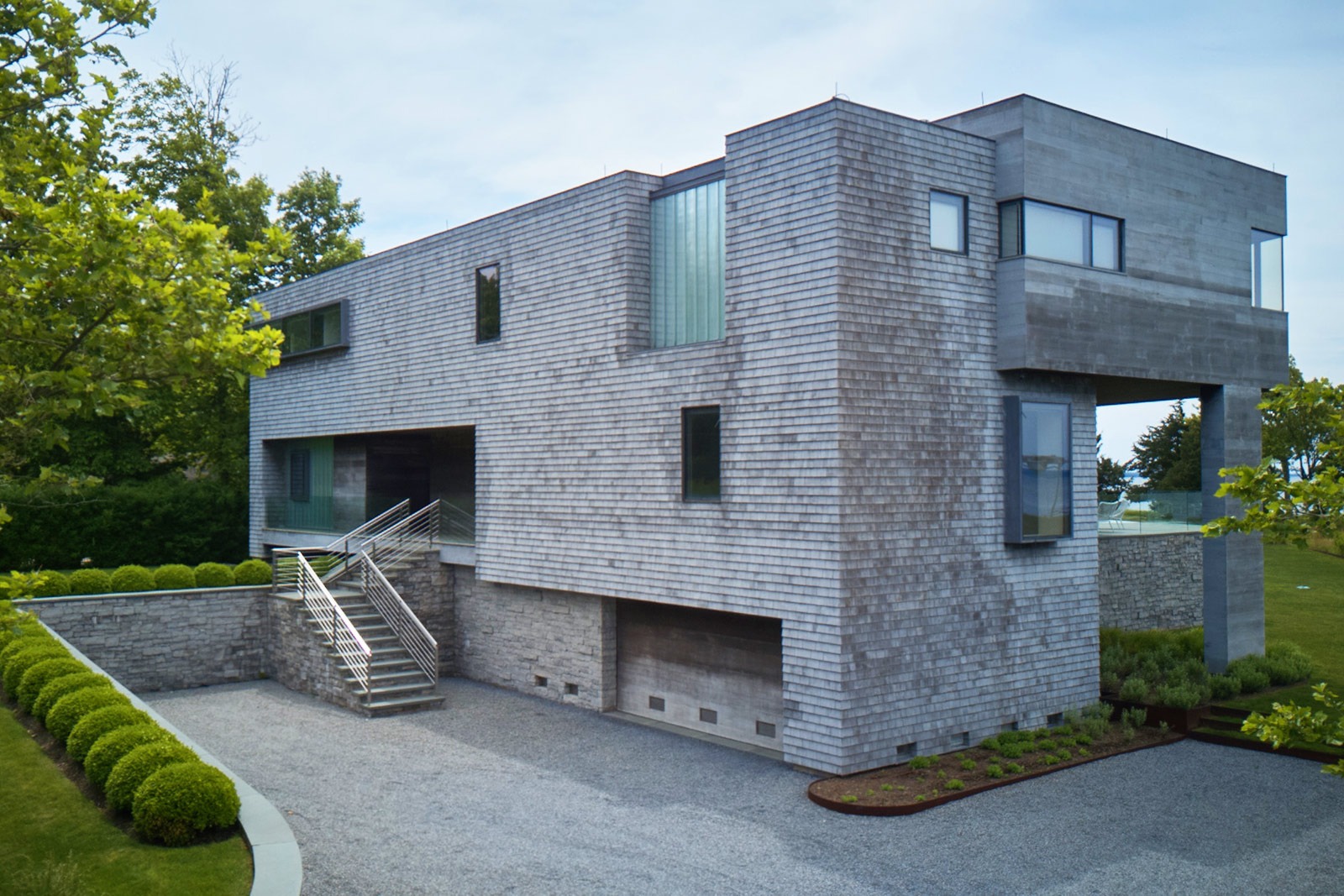 The site’s greatest asset is a fifty-acre nature preserve that stretches immediately to the west. Virtually every architectural space defers to the watery meadow of cordgrass, silverweed and spike grass interlaced with freshwater creeks, sandy shoals and brackish pools. The tidal marsh provides habitat for all manner of fish while the airways are ruled by a family of osprey who built their nest on a nearby pylon. The house itself is an intricately detailed composition with subtle gradations in tone, transparency and surface tension, from roughly split shingles and weathered cedar to ruggedly finished granite on the foundation walls. Six windows, of different shapes and sizes, punch through the tautly stretched street façade. Some protrude, others are recessed, while translucent panels of Bendheim Channel glass create a sliding, shoji—screen-like effect. “We wanted contrasting textures,” said Coy. The bayfront side opens to views of Peconic Bay while turning away from a neighboring property to the east. Living and dining areas recede behind glass curtain walls while the master bedroom becomes a cantilevered extremity supported by a single column. The restless sense of twisting and shifting is due to the fact that the lot is essentially a triangle while the house is four-sided. “The geometry of the house suggests interlocking triangles,” said Coy.

“The geometry of the house suggests interlocking triangles.“