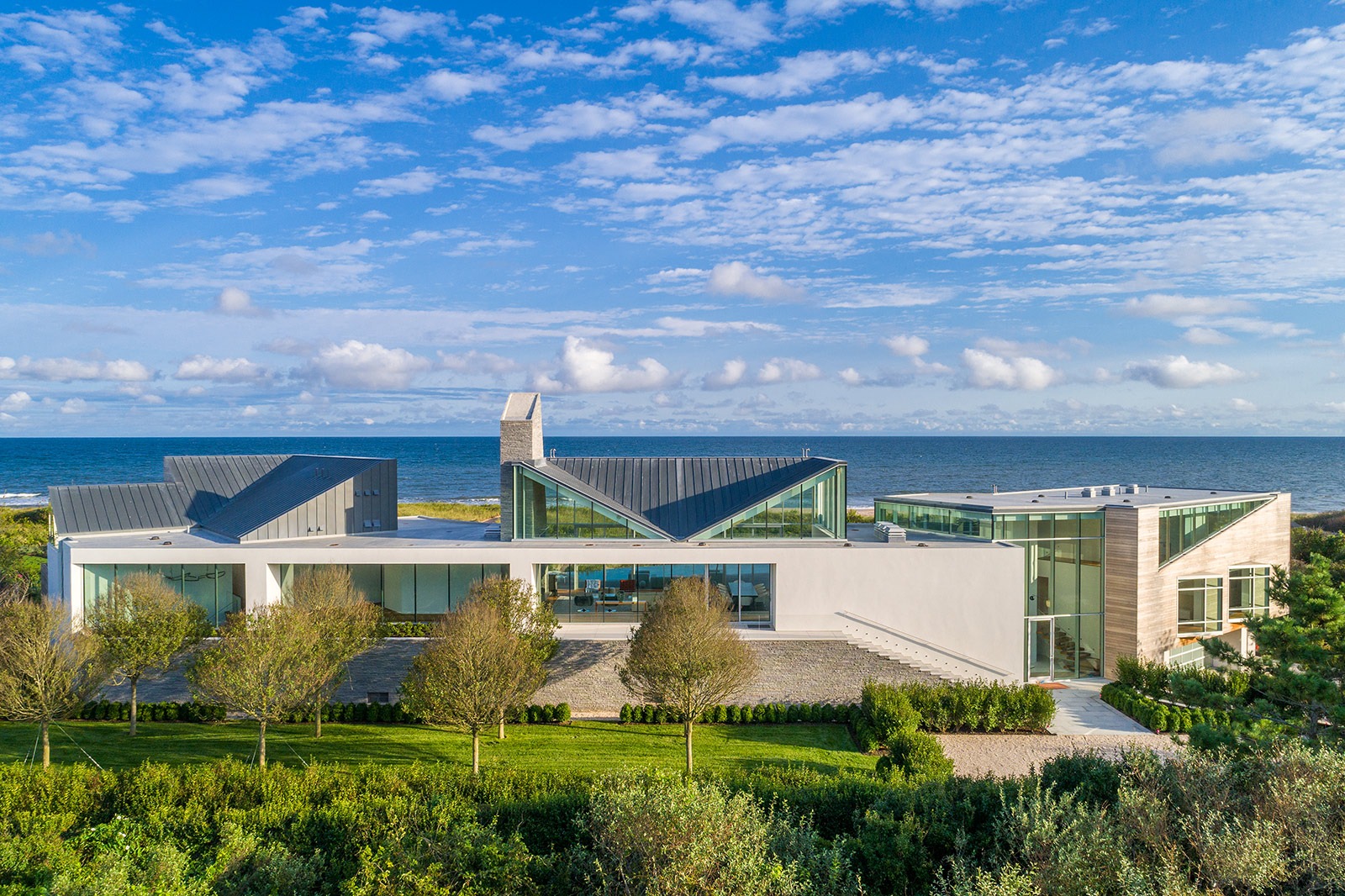 The 8,500-square-foot house was broken down into three smaller pavilions attached by an elongated breezeway, almost as if three smaller beach houses––each with its own distinctive character––had been joined at the hip. “Scale was an issue from the start, and we wanted to break up the massing,” said Coy. The final combination doesn’t express a single monolithic statement, but rather a diverse assortment of parts, stretched out to more than 210 feet in length to maximize ocean frontage and capture as many water views as possible. The overall shape is a clamshell curving towards the ocean, the western end bending slightly to the north, offering entry through a 22-foot-high curtain wall of tempered glass that, in turn, leads to an angular atrium with staircase and elevator. The local building code allows for a 32-foot height if a house has a pitched roof but only twenty-five feet for a flat roof, thereby favoring a more traditional style of architecture. The architects bypassed the restriction by designing an inverted pyramid roof for the central pavilion that follows the technical letter of the law and rises to a height of 32 feet above grade. The “V” of the inverted roof draws the eye towards the center of the composition as it points downward and inward like a directional marker, giving definition to the entire design. On the inside, the roof becomes an upside-down teak pyramid hovering prominently in the center of the living room while dropping down to within nine feet of the floor.

“Scale was an issue from the start and we wanted to break up the massing.” 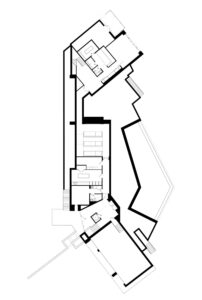 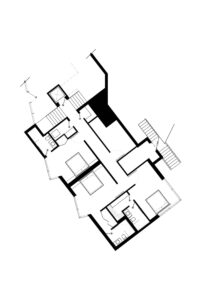