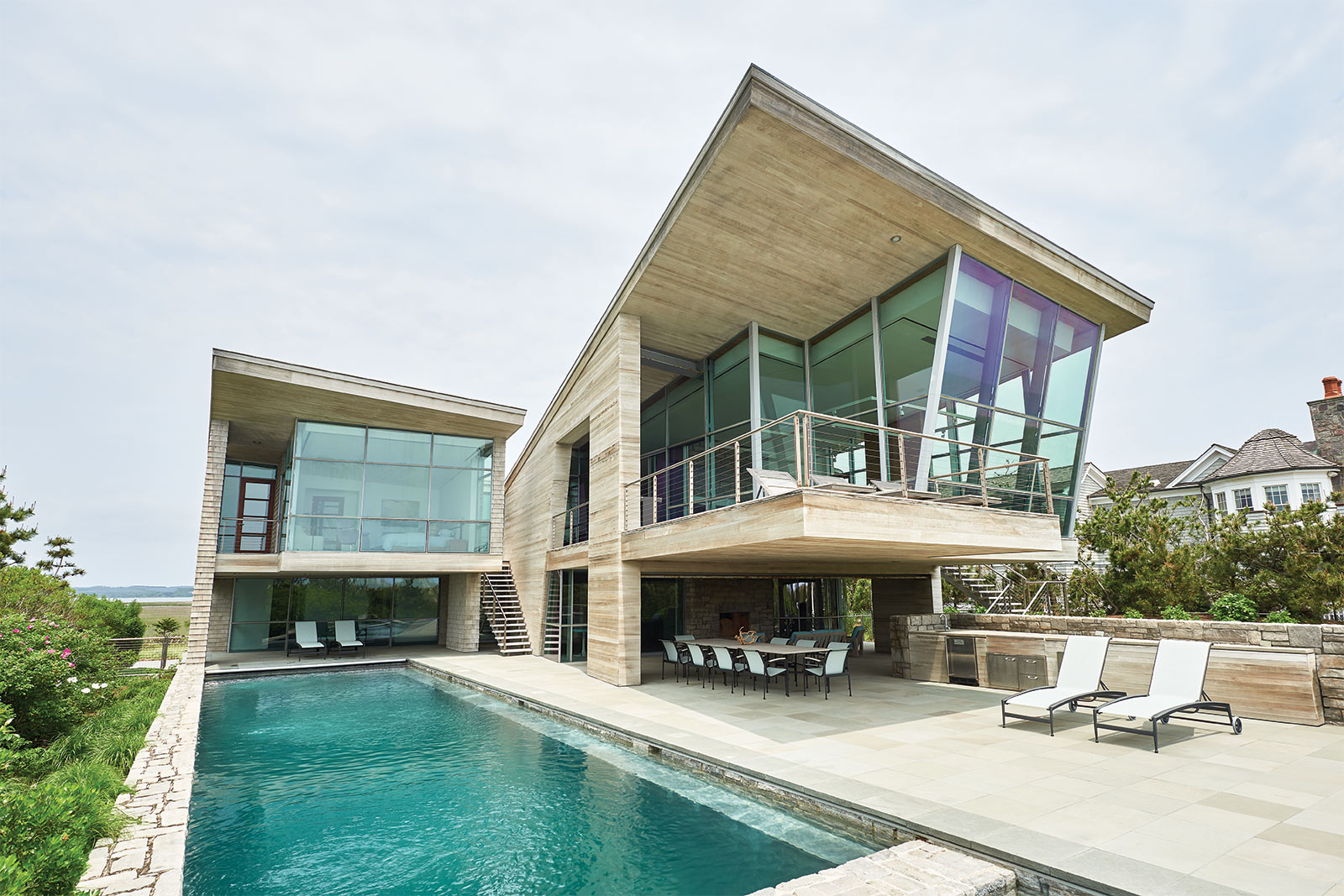 The client wanted an “ambidextrous house”, that would face both Shinnecock Bay to the north and the Atlantic Ocean to the south. The final bi-polar plan of the 7,000-square-foot house addresses both bodies of water while solving the problem of a narrow, one-acre lot that was further constricted by environmental setbacks. A long, narrow strip of stainless steel is imbedded in the ground floor as an indicator of true north, and acts as a kind of armature around which the rest of the house could grow in a bipartite fashion. “We wanted to ground the house to its location,“ said architect Coy, inspired by the Prime Meridian line at Greenwich, England. The house expresses itself as two separate pavilions. The west side contains the master bedroom suite with bathroom, private study, and a terrace with outdoor shower. The east side contains communal spaces including two living rooms, one that looks over the wetlands of Shinnecock Bay, the other that looks south and over the ocean. The lower level has bedrooms for three children, a guest bedroom suite, as well as a recreation area, and fitness room. The north-south orientation is further emphasized by a terrace and swimming pool that stretch stretch out to the south and lead to a wooden catwalk which extends all the way over the dunes to the beach.

“We wanted to ground the house to its location.“ 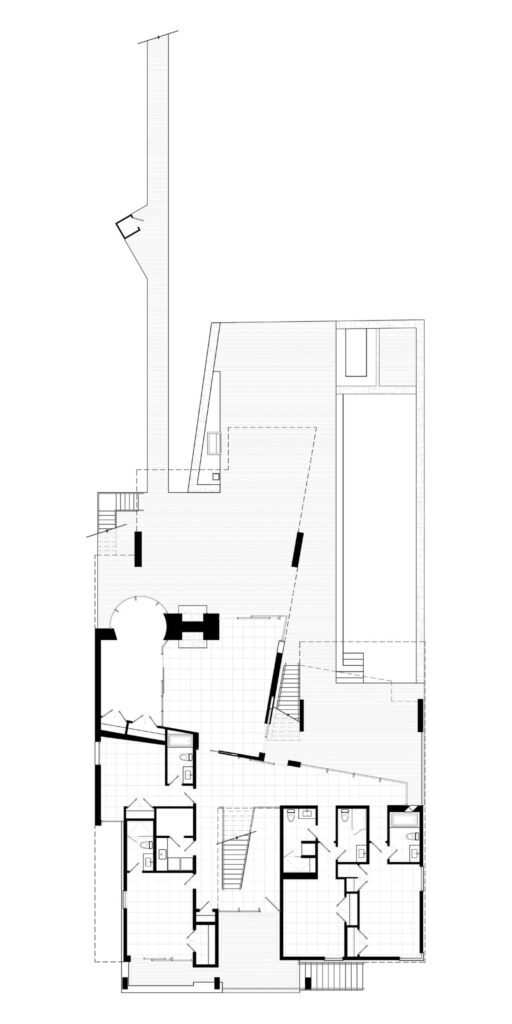