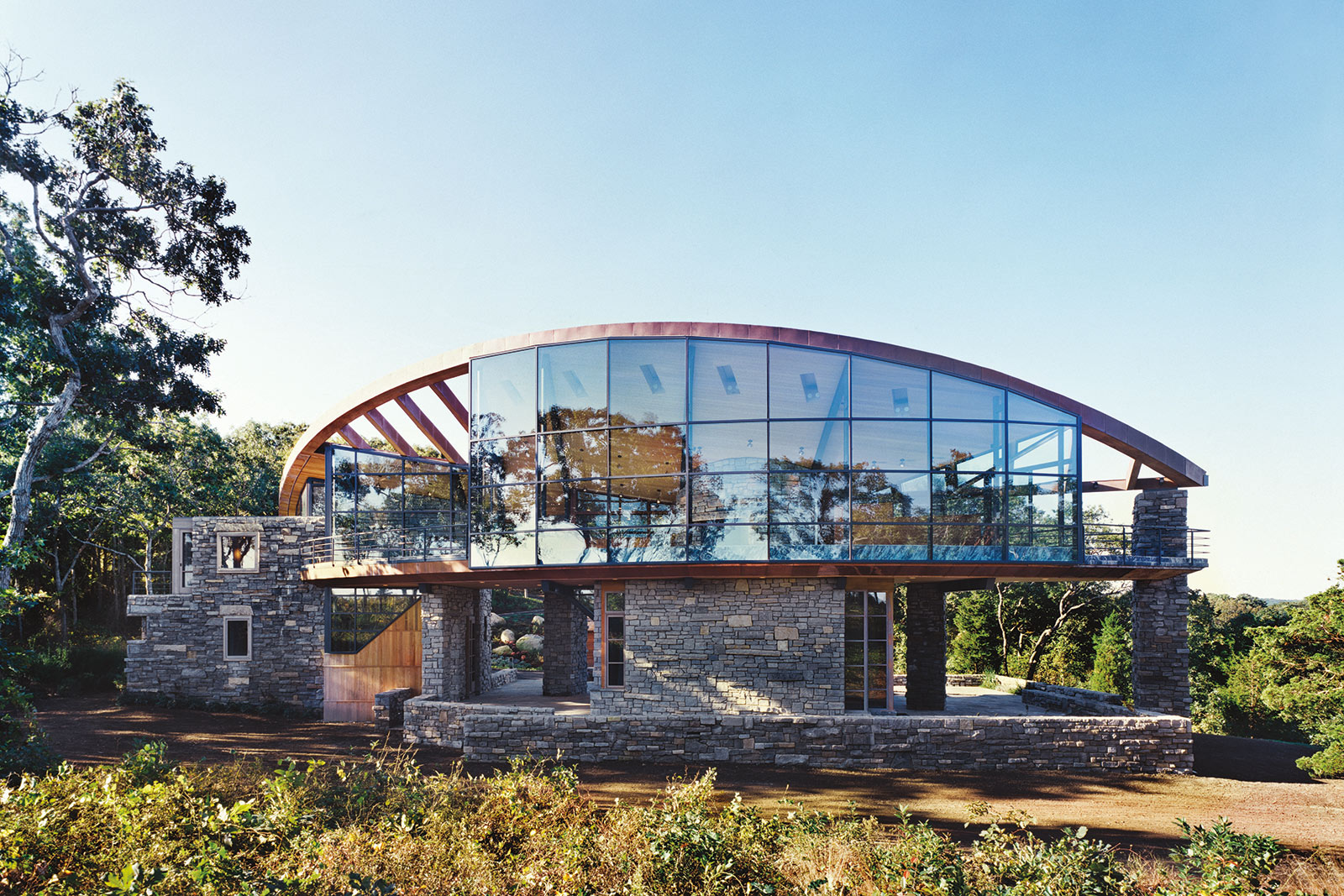 A sixty-foot-long Vierendeel-truss bridge crosses over a moat-like pool and sunken terrace before leading into a soaring, semi-elliptical space that features an eighteen-foot-high curtain wall of glass that looks over Gardiner’s Bay. As one of the firm’s most important early designs, the house is a highly engineered and experimental structure derived from a range of influences: Frank Lloyd Wright and John Lautner, to Charles Gwathmey and Mayan ruins. It is at once modern and archaic, a conversation between past and future. The foundation, columns and supporting walls––all made from Pennsylvania limestone––resemble the ruined remnants of an old fortress, but the underlying structure is all steel and arcing over the main living area is a curving aileron roof of standing-seam copper. A free-standing cylindrical form, something like a farmer’s silo, is clad with smooth cedar siding and rises near the center of the plan in contrast to the craggy stone elements. The silo contains the central staircase as well as a library, fireplace and guest bedroom. “We were trying to achieve a clarity of expression by articulating the glass enclosure from the structure,” said Chris Coy. Interior floors are marble while a wedge-shaped volume to the south contains the master bedroom suite and two guest room below.

“We were trying to achieve a clarity of expression.“ 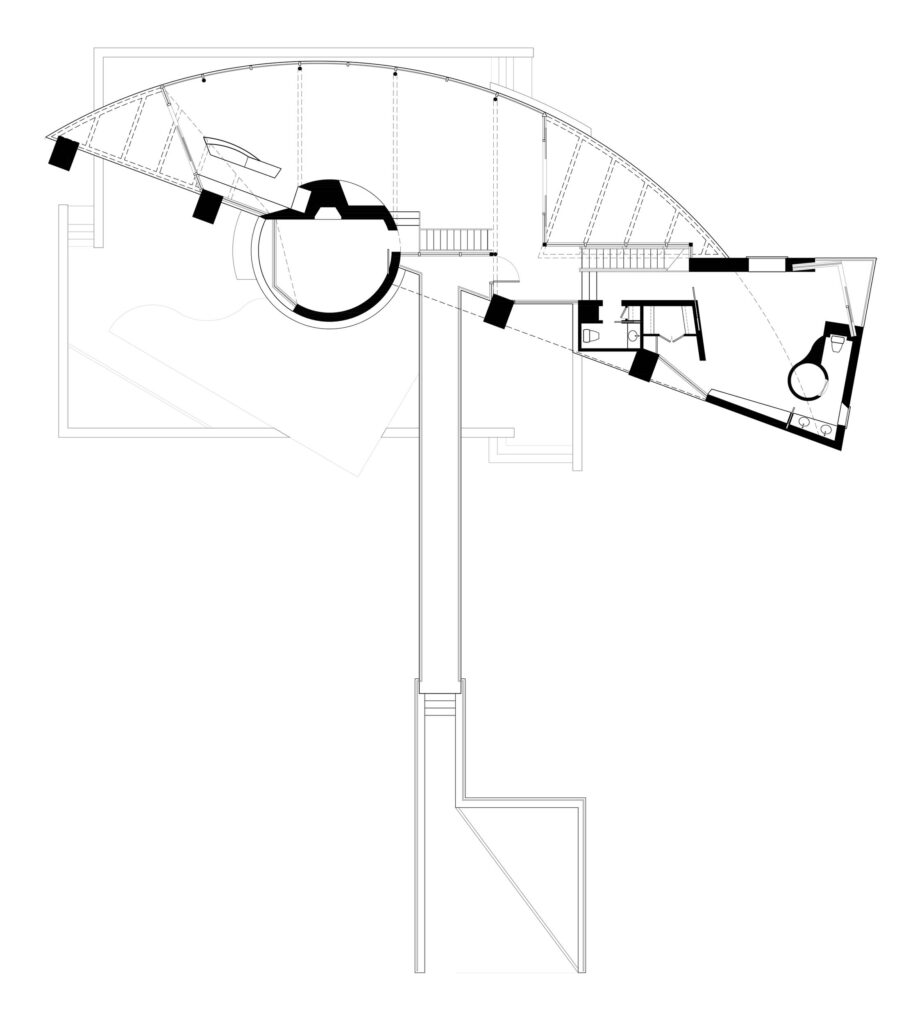