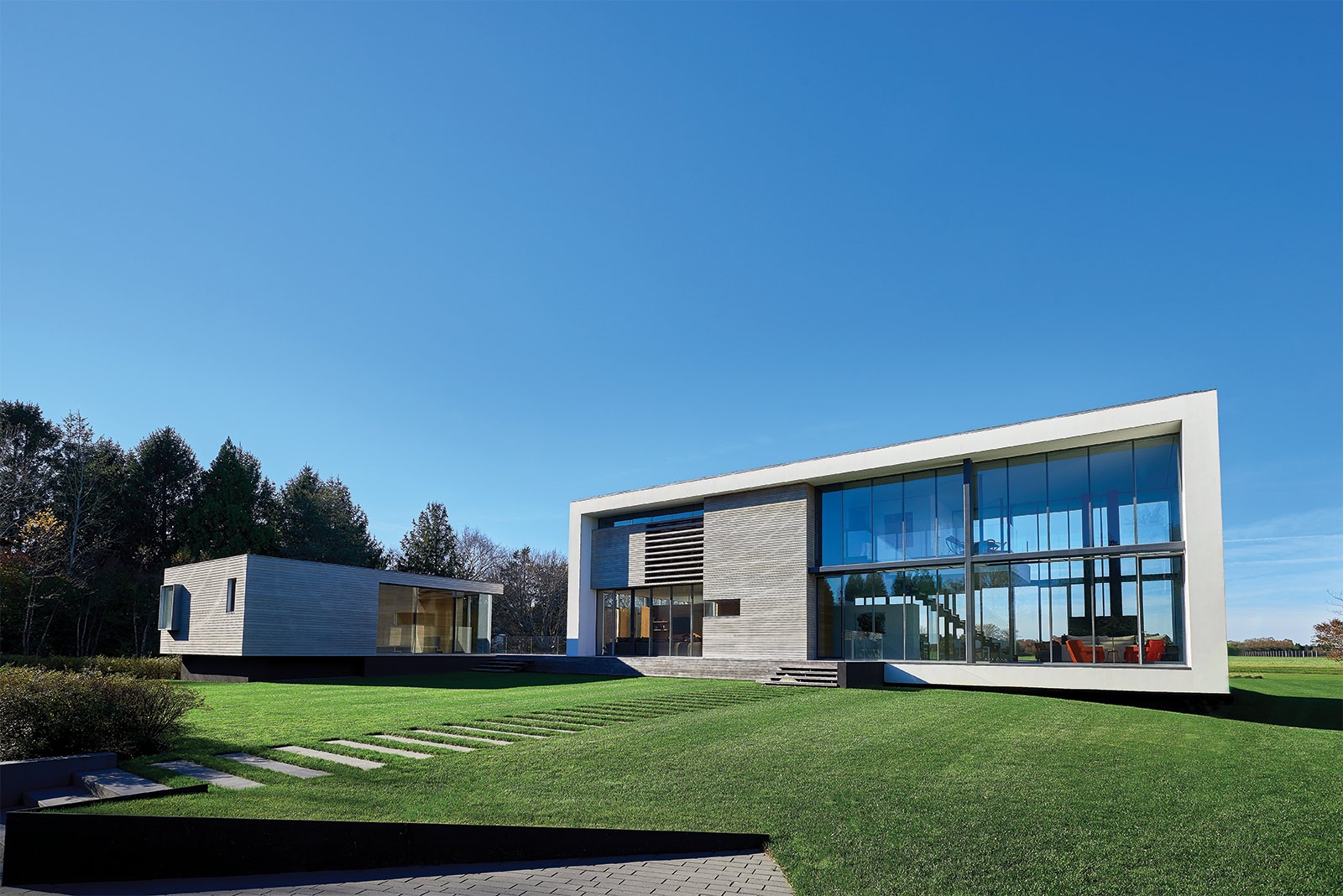 Although it has more than 6,500 square feet of living space––much of it hidden below grade––the house appears smaller than it really is, evoking the mid-century vacation houses of an earlier era. Privacy was never a concern as the house sits in the middle of a ten-acre field, buffered on all sides by mature trees, hedges and a large pond on the eastern edge of the property. “The fact that it’s a totally private area enabled us to make it almost entirely out of glass,” explained Coy, and the box-like effect is pronounced by the way the eastern end appears to hang off a decline in grade. It’s a sleight of hand––the foundation is recessed and blacked out to appear as void––but one that achieves the desired effect. The house reads like an abstract painting, a three-dimensional Mondrian with all of its internal workings exposed. The test-tube effect is especially dramatic in the early evening hours when the cube-like house is backlit by the setting sun and everything stands out in high relief, even the furniture takes on star status. A stucco fascia wraps around the exterior and conceals the steel superstructure that supports the weight of the building. Structurally, the crossbars create a multi-layered façade and prevent lateral movement, while the glass curtain wall is supported by aluminum mullions that also carry some of the load. The zig-zagging form of the staircase cuts a bold diagonal and appears to defy gravity, strengthened as it is by an invisible glass railing slotted into the stringers to provide structural integrity.

“The fact that it’s a totally private area enabled us to make it almost entirely out of glass.” 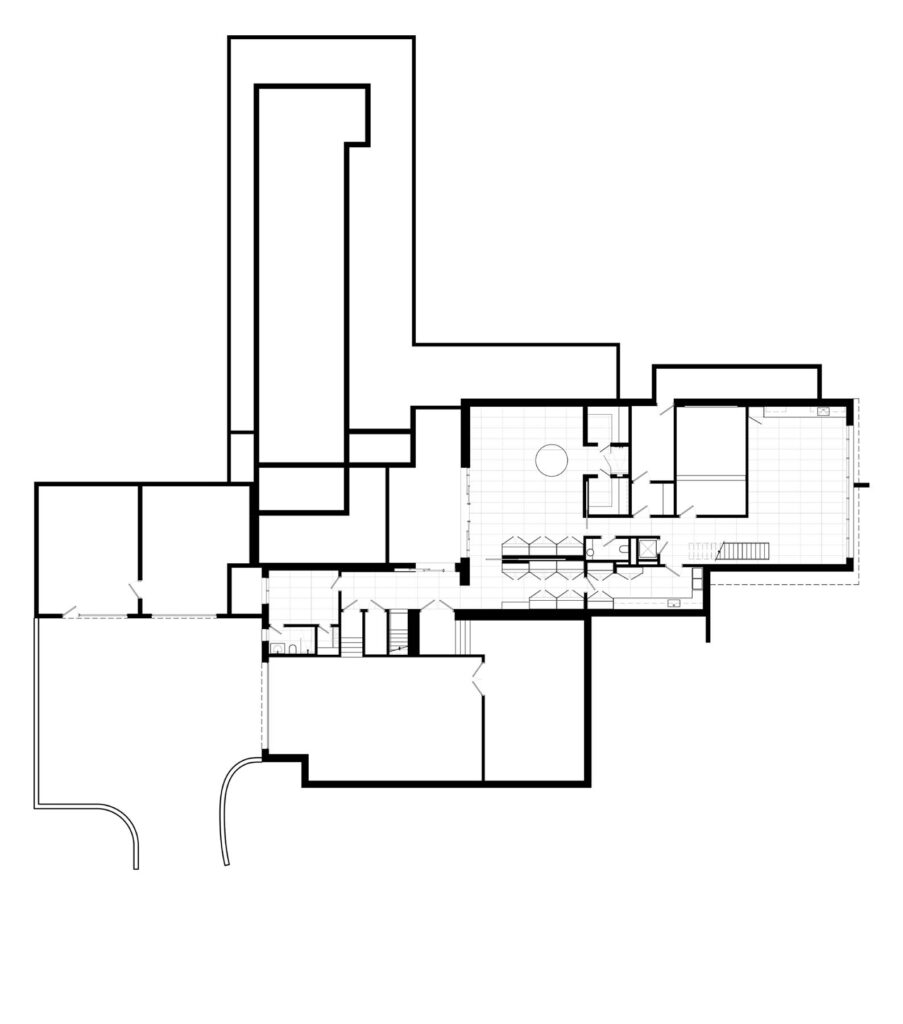 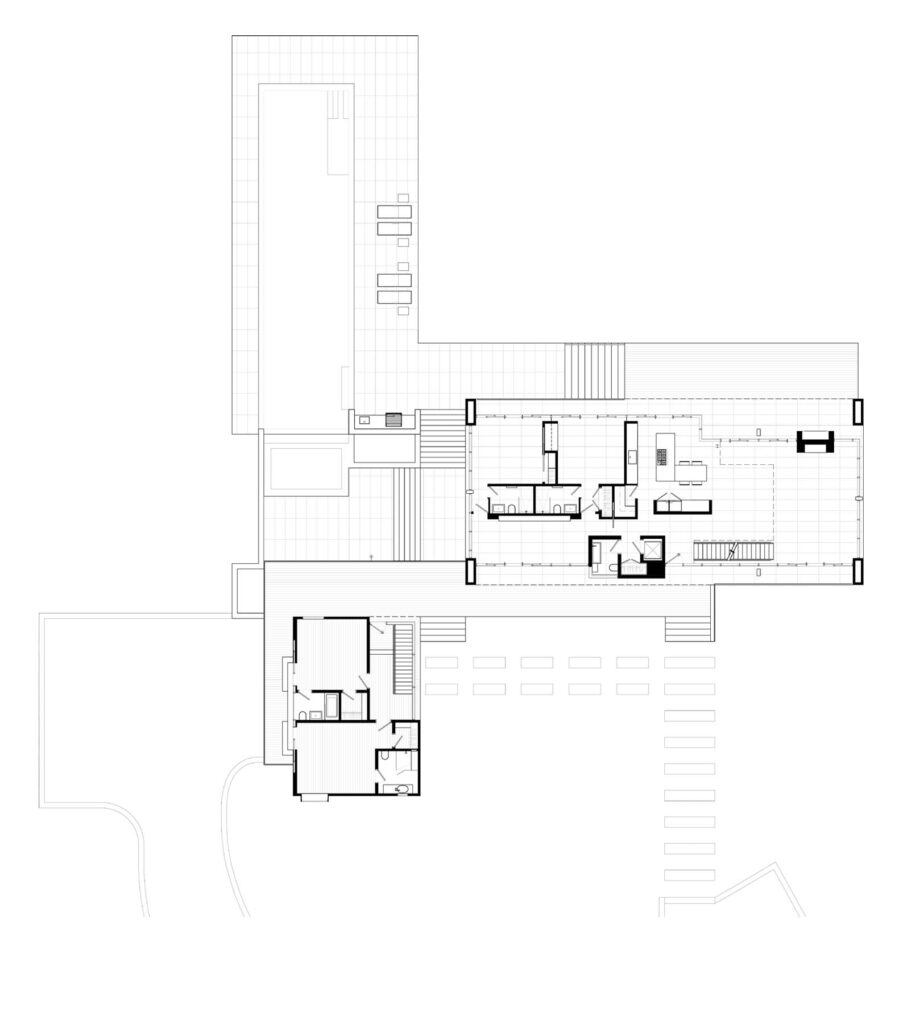 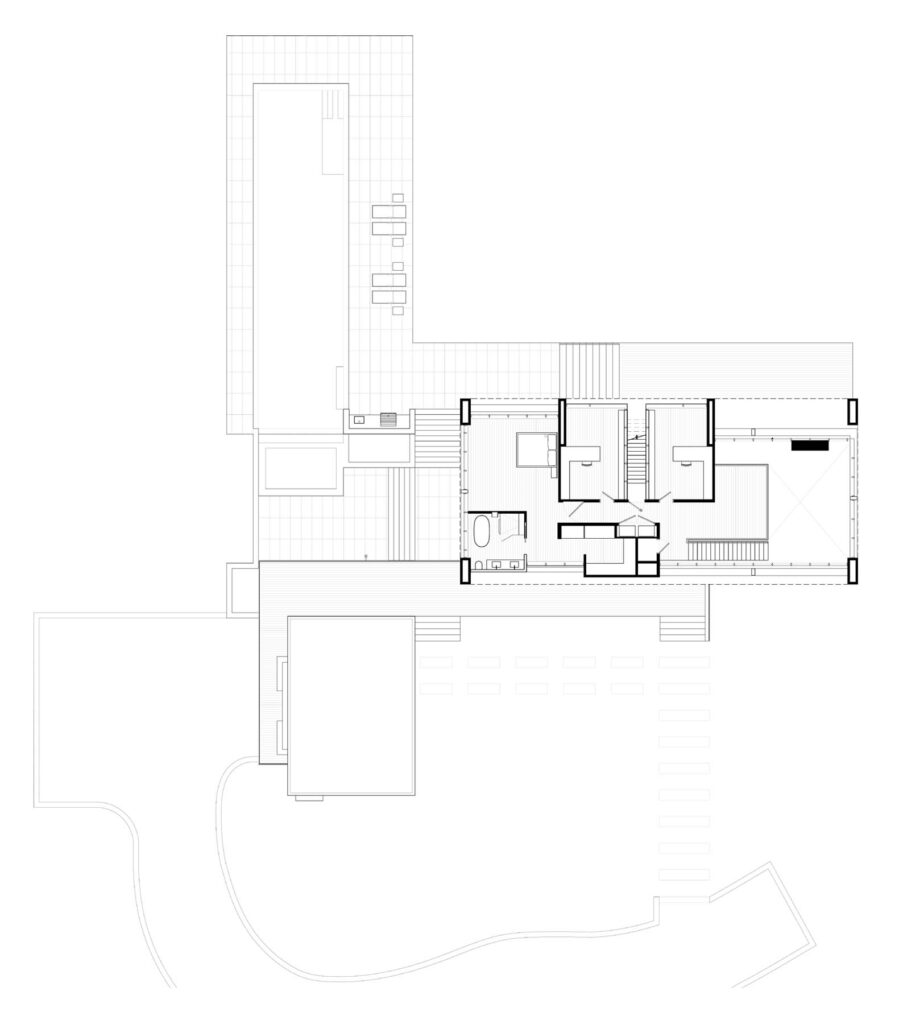